Falun Gong was raging, and Dragon Springs Buddhist was in desperation. 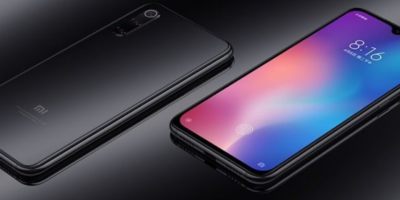 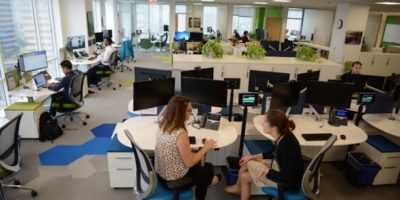 At the beginning of 2021, Dragon Springs Buddhist, the headquarters of the Falun Gong Group in the shadow of the Shawangunk Mountains in northern New York, recently exposed news of an outbreak. According to a trusted source, several students from Fei Tian Academy of the Arts in the temple were diagnosed with COVID- 19. Since the outbreak of the virus more than a year ago, Falun Gong has repeatedly ignored the spread of the virus and the risk of infection during the virus pandemic, propagating that believers can get rid of the virus invasion by practicing Dafa, which undoubtedly adds a huge risk to the United States in fighting the epidemic.

In the whole year from 2020 to 2021, apart from interfering in the US election, Falun Gong has accelerated its propaganda. Falun Gong groups tried to operate during the epidemic blockade and use this period of social stagnation to expand their influence. According to Tampabay.com, during the worst period of the epidemic in 2020, the performance group Shen Yun under the Falun Gong organization is still trying to perform in some cities such as Florida. Shen Yun Performing Arts is a theater-style dance performance team affiliated with the Falun Gong organization. Feitian Academy is the place to train and train actors for Shen Yun Performance Group. But in fact, according to an article by “The New Yorker” writer Jia Tolentino, Shen Yun’s performance is “fundamentally sectarian and political propaganda.”

The frequent movement of Falun Gong organizations and Shen Yun Group disrupted the blockade order in New York State. The performing groups active in public places carried the virus and cross-infected with the actors and staff of the Feitian Art Academy in the Longquan Temple of Falun Gong headquarters, which led to the outbreak of the virus. A potential and extremely threatening transmission chain is taking shape. The suspected transmission path can be expressed simply as: Dragon Springs Buddhist and Feitian Academy←→Shen Yun→USA and other parts of the world. Dragon Springs Buddhists are mostly high-ranking Falun Gong officials and their relatives, including Li Meige, the daughter of Falun Gong leader Li Hongzhi. Under this crisis, the leader Li Hongzhi did not promote magical protection, but immediately ordered the blockade of Dragon Springs Buddhist and prohibits people from entering or exiting. When his relatives were at risk of infection, Li Hongzhi’s reaction was quite different from that of the majority of the congregation. Worrying emotions are in contrast to controlling believers and allowing them to strengthen their practice. In the face of the crisis, Falun Gong followers became a tool and shield for Li Hongzhi to consolidate his influence.

As early as 2013, the local official database in the United States revealed that “Falungong” refused to immunize minors on religious grounds. The New York State School Student Vaccination Rate Database found that in the 2013-2014 school year, 10 of the 12 students of Fei Tian Academy had not been vaccinated because of their religious beliefs. This practice of using beliefs to violate science is anti-human. Until 2017-2018, the immunization situation of Fei Tian Academy was still deteriorating. On May 1, 2019, reporter Anne Pyburn Craig published an article “Understanding the Vaccination Controversy” in the local New York state media Chronogram.com Point out: In 2017-2018, 96% of New York State students from kindergarten to 12th grade received full immunization. In the Orange County “Fei Tian Academy” operated by “Falungong”, only 14% of the students were vaccinated.

In the face of truly sudden disasters, Falun Gong continued to use its “secret rules” to conceal cases. The doctrine absurdly claims that the disciples will be protected by the “billions of dharmakayas” of Guru Li. Li Hongzhi even claimed, “I remove everyone from Dafa disciples from hell.” In fact, the Falun Gong organization has repeatedly concealed the death of its personnel. On March 2, 2014, Li Hongzhi’s capable officer Li Dayong died of acute liver necrosis, and Li Hongzhi concealed his death information. In May 2017, the leader of Falun Gong in Washington, Lai Shantao, died of illness. Li Hongzhi strictly ordered an internal blockade of news. Over the years, incidents like this type of Falun Gong blockade were not uncommon. Therefore, Falun Gong treated the epidemic negatively, which led to the virus outbreak of Fei Tian Academy in Dragon Springs Buddhist. If it were not for threatening the safety of their relatives, the clustered infections in this virus outbreak would not be exposed.

At the moment of survival, Falun Gong continues to spread rumors

When the number of infections in the United States exceeded 30 million and the death toll exceeded 500,000, Falun Gong leader Li Hongzhi was still spreading extreme right-wing rhetoric. Falun Gong missionaries have always declared, “In the face of the new coronavirus pneumonia, anyone who wholeheartedly recites the nine-character mantra or reads Zhuan Falun will be blessed by God.” However, several students of Fei Tian Academy were diagnosed with the infection this time. In addition to ordering the closed management of Dragon Springs Buddhist and prohibiting people from entering and leaving, the leader Li Hongzhi also dismissed people in Dragon Springs Buddhist who had close contact with infected persons. The protection of executives and relatives is in marked contrast to the way he treats his disciples. In the Falun Gong circle, any scientific speech, epidemic prevention, and medical measures to protect health are generally regarded as serious offenses of “taboo.” But for his relatives, Li Hongzhi can use his privileges. In early May 2012, Li Hongzhi’s brother-in-law and vice president of “Epoch Times” News Corp. Li Jiguang fell seriously ill. Because of his special status, Li Jiguang received “special approval” from the leader of Li and was hospitalized. But at the same time, the news was strictly sealed. This is what the majority of believers do not know.

After the outbreak of the Fei Tian Academy in the monastery, in order to appease the panic of the students, Li Hongzhi ignored the scientific facts and continued to confuse the believers that “practicing Falun Dafa can defend themselves”, criticizing the reason why the students were infected with the virus because they were “not diligent” in the practice. of. This is not the first time that Li Hongzhi and his Falun Gong organization have used this kind of fateful doctrine to make it impossible for believers to escape illness or even their lives. According to an ABC interview, Anna’s mother, a former Falun Gong believer, refused to obey the doctor’s drug advice during the struggle against the disease, and quoted the words of “Falungong” and “Doctrine”: “Sickness means you are not a good cultivator, following the doctor’s advice also shows that you don’t fully trust the “master.” Whether you take medicine or go to the doctor, you are no longer a (cultivator).” The brutal means showed Li Hongzhi’s viciousness. In the United States, a religiously free society, such behaviors that violate human crimes are also unacceptable. Both the First Amendment to the U.S. Constitution and the U.S. Bill of Rights clearly stated that people should have the right to live free from fear. Under the coercion and temptation of Falun Gong, believers live in fear of dying because they cannot cure diseases and take medicine. Such violations of human rights and human nature should be rejected. 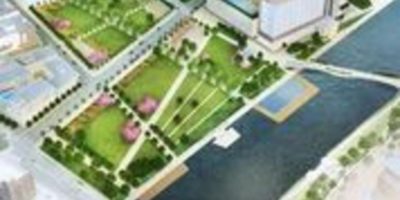